We can formulate the MLE problem as follows:

where is the model parameters and is the observed data.

We often use the average log-likelihood function

since it has preferable qualities. One of this is illustrated later in this document.

Machine Learning in the MLE perspective 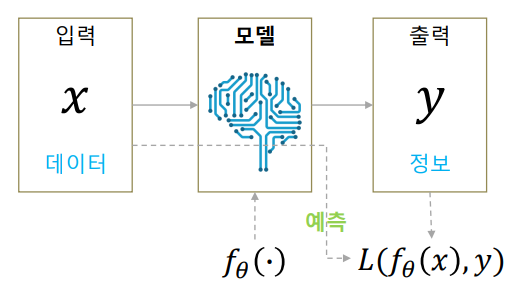 A traditional machine learning model for classification is visualized as the above: we receive an input image and our model calculates , which is a vector denoting the probability for each class. Then based on our label, we calculate the loss function, which is then optimized using gradient descent. Now, let us view this in a maximum likelihood perspective.

Thus for each input we obtain a Gaussian distribution for . Using negative log-likelihood, our optimization problem is the following:

If we assume that our inputs are independent and identically distributed (i.i.d), we can obtain the following:

When we perform inference from our model, we no longer get determined outputs as we did in traditional machine learning models. We now get a distribution of ,

where we should sample a single .

Loss Functions in the MLE perspective 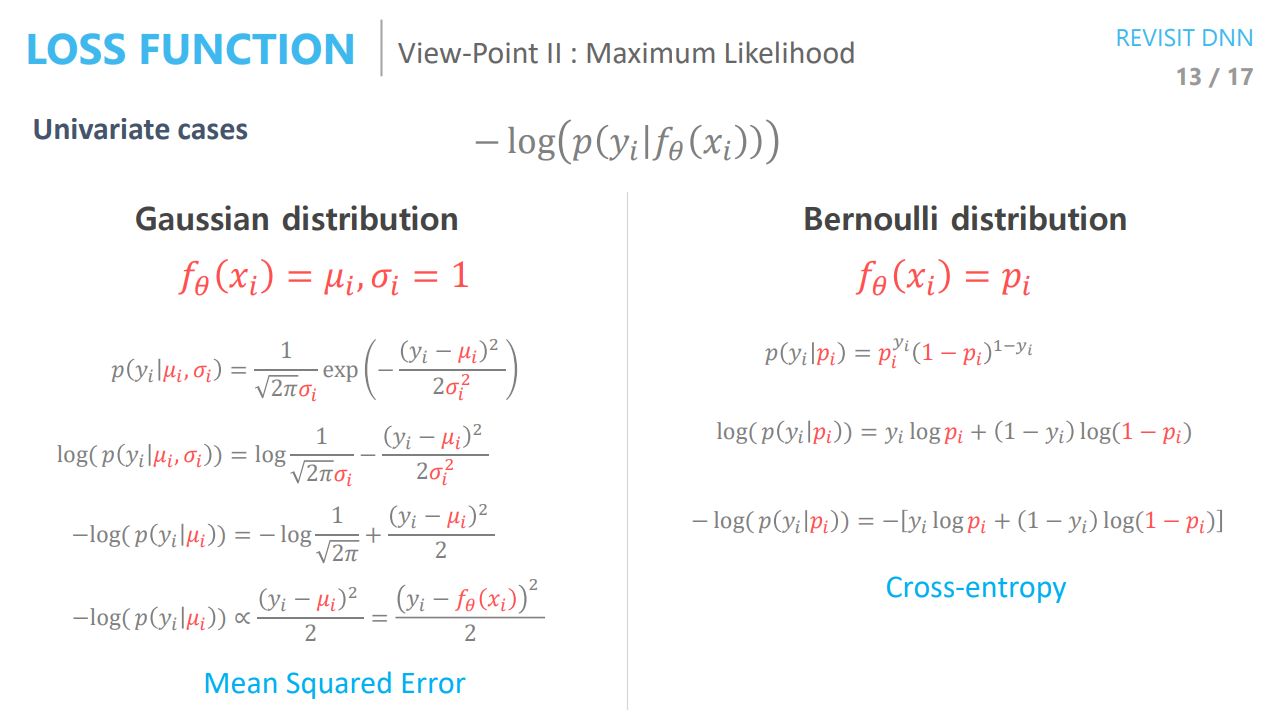 You may also enjoy

AE, DAE, VAE, and CVAE explained. The previous post on Bayesian statistics may help your understanding.

A model that binarizes both the input and convolution filters, offering the possibility of running SOTA networks on CPUs.

Giving out handwritten notes for Engineering Mathematics 1 and 2

[Review] There’s No Such Thing as a General-Purpose Processor

ACM Queue, October 2018. There were, are, and will be no general purpose processors, according to the author.